For some people, the only thing scarier than staring down the barrel of a grueling divorce is the prospect of dating again, afterwards.

You’d think it’d be the opposite—after all, you’ve been married before, so now you’re older, wiser, and (hopefully) a lot smarter, too. (Even if all it amounts to is a detailed list of What Not to Do.)

Unfortunately, no two relationships are the same, which means that having a marriage under your belt won’t make post-marriage dating any easier. In fact, in some ways, it’s harder, because you’re entering the dating arena with a lot more fears, insecurities, and worries you didn’t have the first time around.

Luckily, all is not lost.

If you’re thinking about dating after divorce, here’s a list of the top six things you can do to make this transition a little easier on yourself.

#1 Wait for the Fat Lady to Sing

As the expression goes, It ain’t over until the fat lady sings, and when it comes to dating after divorce, your proverbial fat lady is the judge, and her song, the inky signature on your final divorce order.

Listen, dating before your divorce is finalized is never a good idea. For starters, it’s just bad form, but in a state like Texas—one of the few that still allows fault-based divorce grounds—it can also lead to some pretty dire consequences.

While a fault claim like infidelity can’t be used to revoke your rights to custody or visitation, these arguments can certainly cut into your share of things like marital property. Which is why you’ll be doing yourself a big favor by waiting until the ink is dry, before trying anything new.

#2 Sit There and Think About What You Did Wrong

This is a big one.

Before jumping back into the arena of All is Fair in Love and War, make sure you take time to mull over what went wrong in your marriage—particularly the areas where you could have been better. 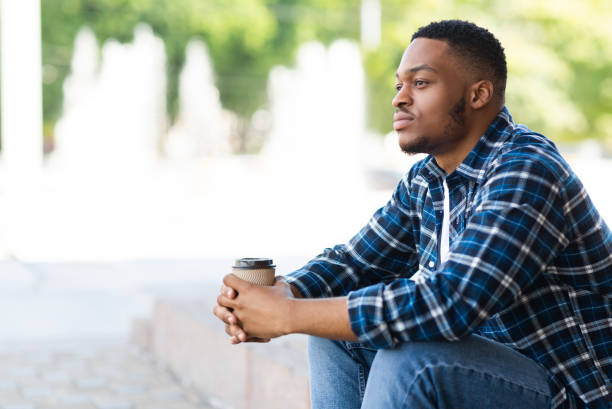 We’ve seen a lot of divorces in our time, and in our experience, there is rarely ever one single thing that tanks a relationship. Even in a fault-based divorce (where things like infidelity are on the table), the actions of the guilty party are often just a symptom of an ongoing problem, and not necessarily the problem, itself.

Hence, set yourself up for future success by doing some self-reflection; whether that next relationship goes anywhere or not, it will still make you a better person, overall.

Even if getting a divorce was the right choice for you, severing marital ties is still a major break. You have endured a substantial loss—a loss that, for many, feels no different than the passing of a loved one.

Divorce marks the end of an era. The separation of a once-cohesive family unit. The parting of dreams and the forfeiture of someone you once loved enough to say ‘I do.’ And taking time to process this marital death is a critical part of moving on, after divorce.

You cannot build a new relationship on a mountain of anger and pain. Which means that dating after divorce cannot happen without first addressing this vitally important step.

Once you are ready, don’t go crazy.

Remember: you’re no longer a young, yuppy college student setting out to find your One True Love. You’re a grown-up adult, with a big kid job and lots of responsibility, including (but not limited to) kids, a mortgage, child support payments, and a newly acquired ex, who probably doesn’t like you very much at the moment.

That’s a lot to process.

When dating after divorce, don’t jump into anything too fast. Take your time easing back into things, and do it with reasonable expectations at the forefront. Because love isn’t a race, and there’s no prize for crossing the aisle first.

In our experience, the right one usually finds you when you least expect it.

#5 Be Honest… About Everything

No one likes being blindsided with something like, ‘Oh yeah, did I mention I was married?’ when they’re already ten dates in. Even worse, the casually dropped reference to a child…

If marriage has taught you anything, hopefully, it’s the importance of honest communication in a relationship. Things never end well when you lie, and the best way to make your post-marriage dating life easier is to be upfront about your past.

Not only will this help you filter out all the wrong people really quickly, but it’ll also help you start your relationship with the right one with your best foot forward.

#6 To Thine Own Priorities, Be True

It’s completely natural to feel insecure in this new environment. Not only are you hefting around some newly acquired emotional baggage, but you also have to learn an entirely new set of dating rituals, involving apps, swipes, filters, and likes, along with enough emojis to fill a Rosetta Stone.

All things being said, we’d be worried if you didn’t consider dropping a few priorities, just to make things easier.

The problem is, that while ignoring a few priorities might make things easier in the short run, you’re only setting yourself up for long-term failure.

Before stepping foot into Grand Dating Station, take stock of what you’ve learned… about yourself, your past, and what you want in a future relationship. Make a list of your priorities, and don’t settle for a partner who doesn’t meet those needs—especially if one or two of those priorities calls you ‘mom’ or ‘dad.’

Remember, dating after divorce isn’t about finding just any new relationship… It’s about finding the right one. And you never will without being a little selfish about what you need.

While divorce is never easy, dating after divorce can feel even more daunting. In this new normal you’re out of your element, with all the grace of a gangly, uncoordinated teenager—complete with new fears, worries, and more than your fair share of wounds to lick.

The good news is that while it might take a few tries to find your rhythm, dating after divorce doesn’t have to be as impossible as it might feel.

If you have more questions about divorce, and what to expect once it’s over, we want to hear from you. Call North Texas Family Lawyers today at }, or schedule a consultation online, and let us help you find your footing in the next chapter of your new life.