Under the Texas Family Code, infidelity, or adultery, is defined as any consenting, sexual encounter where at least one of the parties is already married to someone else. And, as morally repugnant as that might sound, it’s is actually a pretty common reason for couples to call it quits. When this happens, one question divorce attorneys are often asked, is whether or not infidelity is illegal.

It’s a fair question. Especially since plenty of other jurisdictions do attach criminal punishments for infidelity, with penalties ranging from alimony forfeiture in Georgia, to six months of jail time in South Carolina, all the way up to states like Michigan, where cheaters could, technically, find themselves with a life sentence. (Though, it’s arguable just how enforceable this would be.)

Unfortunately, as satisfying as it would be to bring a cheating spouse to court on criminal charges, in Texas, infidelity is not illegal. However, that doesn’t necessarily mean it won’t have any ramifications on your divorce. Here’s how infidelity affects divorce in Texas, and what actions you can take against a cheating spouse.

In Texas, courts recognize both fault and no-fault divorces. A “no-fault” divorce, is when neither party is specifically blamed for the dissolution. On the other hand, if infidelity is involved, you probably have grounds to file for a “fault-based” divorce. In a fault situation, one party is held primarily responsible for the breakup, and this fault—if successfully argued—can have a significant impact on your divorce. Specifically, when dealing with things like property division and alimony.

Here in Texas, all assets brought into the marriage by the individual parties are considered separate property and will leave with the same individual if the couple ever splits. Community property, on the other hand, includes all assets and property acquired during the marriage and belongs to the couple jointly—regardless of which individual earned it. In a no-fault divorce, this community pot would be divided equitably between the parties upon divorce. However, things get a little trickier in a fault situation. 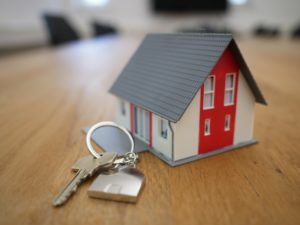 During a fault-based divorce, Texas courts allow judges to consider infidelity when dividing community property. The extent of how much it will influence things can vary depending on circumstances and the judge you’re assigned, but it’s definitely not a great place to be in if you’re the cheater. In addition to skewing community property away from their favor, judges can also order cheaters to compensate their spouse for whatever community money and resources they spent on their lover while married. And that isn’t all—infidelity could even affect the amount of alimony a cheater is owed.

Alimony and Infidelity in Fault-Based Divorce

In order to make up for the sacrifice of time and career advancement of homemakers, Texas courts will sometimes award alimony, or “spousal support.” This is meant to compensate for income erosion, and also help get the stay-at-home parent back on his or her feet post-divorce.

When considering the amount of alimony, and length of time it will be paid, one of the factors a judge will consider, is adultery. If infidelity occurred during the marriage, then alimony might be negatively impacted—or even withheld—from the offending party. However, because alimony is based on an analysis of individualized factors, the amount of reduction would vary from couple to couple, similar to property division.

Unlike property and alimony, infidelity does not affect child custody or visitation. In making decisions that affect children, Texas courts follow other jurisdictions in applying the Best Interest of the Child Standard. Under this umbrella, the presumption is that a child’s best interests are served in having a loving, healthy relationship with both parents whenever possible. And in the end, despite being a dirtbag kind of move, infidelity does not actually mean someone is a bad parent.

The only way infidelity could affect custody and visitation, is if the affair somehow affected the cheater’s parenting. For example, if the child was left alone while the parent went off to have the affair, or, was exposed to abuse or harm in the process. In these instances, courts might think twice before ruling that a child’s best interest is to be left with that particular parent.

But what about the lover in these situations? Is there any way to hold them accountable for home-breaking?

In contrast to adultery laws, Alienation of Affection suits are charges which assign damages—not to the adulterer—but to the lover who breaks up the marriage, on the grounds that, without the individual’s interference, the marriage contract would have remained intact. These laws may sound antiquated, but as recently as 2019, a North Carolina man successfully sued his wife’s lover for a whopping $750,000. It’s questionable how this verdict will hold up under appeal, and equally questionable how long these laws will stay on the books. For now, though, seven states still allow individuals to sue their spouse’s lover for damages in divorce.

Texas, however, is not one of the seven. In fact, the Texas Family Code has a provision that specifically bars individuals from suing a paramour for Alienation of Affection. The only possible way to hold the marriage’s third wheel accountable for anything might be to argue a tort-based claim for Intentional Infliction of Emotional Distress. To win this, however, the injured party must be able to show that the harm was both intentional and that it caused extreme emotional distress—an incredibly difficult hurdle to clear. In short: a few weekends nursing wine and chocolates won’t cover it, and you’re probably better off letting karma run its course on this one.

In Texas, individuals who want to hold their spouse accountable for infidelity must have clear, decisive proof that the adultery occurred. This can be hard to come by, especially if the cheater had the good sense to cover their tracks. And then, even if you do have proof, often the end result will hinge on your judge and their personal views on adultery in divorce. While most judges probably consider it pretty distasteful, some see infidelity as a symptom of the problem, and not necessarily the root cause for marriage dissolution.

Because of this uncertainty, as well as the difficulties in proving infidelity, these types of contentions divorces are usually quite messy, and not very cost-efficient for clients. If you or a loved one has been hurt by infidelity in your marriage, an experienced lawyer can help you establish whether or not a fault-based divorce is the best course of action. At North Texas Family Lawyers, we understand that divorce is about more than just the past, but about the future, too. Call us today at (972) 402-6367, or schedule a consultation online to discuss your specific situation, and let us help begin building your new life today.