Divorce isn’t easy, even on the best of days. But throw a narcissist into the mix, and things get interesting.

A narcissist is someone with an overly inflated sense of self-importance. These people tend to exaggerate their abilities, require excessive adoration, are exploitive, lack empathy, have a very strong sense of entitlement, and are usually men. (Sorry, boys!) Worse, still, they can sometimes be hard to spot, since narcissists aren’t afraid to turn on the charm to get their way.

In a work setting, you eventually learn to steer clear of these individuals, but it’s not uncommon for people to follow that narcissistic charm all the way to the altar. Sadly, once married, it doesn’t usually take very long for these relationships to spiral down into a toxic free-fall—one from which a divorce isn’t easy to secure.

If you are thinking about trying to make a clean break from your narcissist’s orbit, here are a few things you can expect when you file for divorce.

1. It Will Get Worse

The first thing to know about divorcing a narcissist, is that things will get a lot worse before they get better. You thought your world was bad before you filed? Think again.

The pendulum of your husband’s mood swings, abuse, needs, and entitlement will only become more wildly pronounced, the deeper into the process you get.

This isn’t meant to scare but prepare you. Being able to accept and anticipate this reality will make it less shocking to encounter, and hopefully, give you the needed fortitude to follow through.

Narcissistic men do not like being challenged. They thrive on control and have an arsenal of emotional abuse tactics primed to launch at any romantic partner brave enough to defy them. This emotional barrage is meant to make you feel small and powerless, which, in turn, ensures the narcissist stays in control of the situation (or marriage).

Once you file for divorce, this fight for control will turn bloodthirsty. Your spouse will exploit your insecurities, magnify your flaws, and challenge your intelligence in the most brutal ways, all in an attempt to change your mind.

Unfortunately, it’s not just your emotions he’ll be playing…

Narcissists love to be loved, and they won’t let this adoring reputation go down easy. Once you file for divorce, it will be shocking to see how differently your spouse acts in front of you, versus other people.

Remember, narcissists, are skilled actors, and can play any part—including the victim. In fact, your husband may have already been laying the groundwork for this exact scenario and will have no problem convincing people that you are the heartless harpy responsible for destroying a happy marriage. Not him.

This social isolation is part of a classic manipulation tactic known as gaslighting and is designed to make you question your own reality. Which isn’t nearly as far-fetched or difficult as it might sound. All it takes is a constant onslaught of lies, denial, doubt, emotional abuse, and social isolation, sprinkled with random morsels of positivity.

The truth is, there’s only so much undermining a person can take before they start to question whether it isn’t actually their fault after all.

4. Children Are Not Exempt 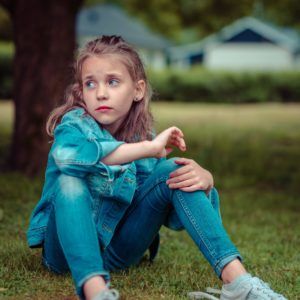 Sadly, it’s not just outside observers. Narcissists aren’t afraid to employ gaslighting tactics on their own children, either, and are known to use offspring as emotional pawns during a breakup.

Some of the ways a narcissistic husband might use your children could include:

This is a term used by psychologists to describe the way some parents try to make every second with their child “Disneyland perfect,” post-divorce. Never a dull moment, time at a Disneyland Parent’s house will include movies, dinner out, shopping trips, activities, and more, all in an attempt to “buy” your child’s affection away from you.

Narcissistic fathers will also try to drive a wedge between you and your children by undermining you to them. From twisted truths to inflated flaws, all the way to blatant lies, these manipulative statements are meant to hurt you in one of the most painful ways possible, by infecting your children against you.

Sadly, if your child doesn’t fall for Disneyland or bald-faced lies, narcissists will sometimes reward this loyalty by directing the emotional abuse straight at their child. This works especially well if there is more than one sibling since the “naughty” child can be held up as a bad example, while the others are praised and showered with gifts for turning on their other parent.

When all else fails, narcissists aren’t afraid to play the Custody Card and threaten to take your children away for good. This fear tactic often surfaces on the coattails of any of your perceived mistakes, and can even be played in the post-divorce era. Most of the time, it has nothing to do with a true desire to spend more time with your kids, but rather, is another ploy to control you and your emotions.

A Word of Advice

Of course, understanding these tactics won’t make it any less excruciating to watch your child experience them. When they do, though, don’t stay silent. Your child needs to hear your side of the story.

True, they might not understand exactly what’s going on, but it’s important they hear your thoughts and feelings in a constructive manner. It might not change anything right away, but keep showering them with love, honest communication, and attention, and eventually, they’ll catch on.

5. It’s Not Over ‘til the Narcissist Objects

Finally, don’t expect this to be a quick and easy process. Narcissists are notorious for belaboring the divorce process, filing motions, contesting settlements, and objecting to everything whenever possible—antics that won’t end, just because the ink dries on your divorce order.

Failure isn’t something these people take lightly, and a failed marriage—even if they were the ones who initiated it—is an outward sign of that failure. So this isn’t something they’re going to get over quickly (if ever). Forget your mother-in-law, narcissists are the true experts of grudge-holding, and these individuals thrive on drama.

After divorce, your narcissistic ex will be on the lookout for ways to get back at you. Whether through custody threats, undermining you to your children, or stealing away the emotional alliance of a friend, the headache will continue. But as tempting, as it might be to lash out, the most powerful response to these drama-seeking, attention-craving, joy-sucking, spotlight-loving people is to simply sit back and:

In the end, without your attention, they have nothing.

Securing a divorce from a narcissistic husband isn’t easy, but the end is well worth the effort because it isn’t actually an end. It’s a beginning. A fresh start, one without the emotional encumbrances that have been dragging you down for years.

If you have more questions about how to handle a narcissistic husband, or want to talk more about divorce in Texas, call North Texas Family Lawyers today at (972) 402-6367, or schedule a consultation online, and together, we can help break the cycle of abuse that’s kept you in check for far too long.