Until recent history, owning a house prior to marriage didn’t raise a lot of legal questions. After all, if only one-half of the marriage duo can legally own property, determining who gets the family farmhouse after a divorce gets a whole lot easier.

Happily, society has progressed since then, and—with property ownership now open to adults of all gender, race, and sexual orientation—so have property laws.

These days, Texas is a community property state, which means that a house purchased during marriage belongs to both spouses, equally. While that’s not nearly as straightforward as it might sound, determining the fate of a house purchased prior to marriage can get a lot trickier.

If you bought a house before you tied the knot, here are a few things to know about how a Texas court might handle your home during divorce.

While this isn’t a hard and fast rule, it’s highly probable your spouse is entitled to at least a share of your home’s value. Here’s why.

Community vs. Separate Property: the Break Down

As we mentioned above, Texas is a community property jurisdiction. Boiled down to the basics, this essentially means that whatever assets you and your spouse acquire after marriage is considered community property, and belongs to you as equal partners (regardless of whose name is on the paycheck, title, deed, or contract). Things acquired prior to your union, on the other hand, belong to that party as separate property, and should (theoretically) leave with that individual upon divorce.

Ahh, we see what some of you are thinking… If you brought your house into the marriage as separate property, then why doesn’t it belong to you outright after divorce?

The answer is simple: because more likely than not, you invested community property funds into the home over the years, in some form or another.

Remember, anything acquired after marriage belongs to both spouses equally, meaning that the paycheck you brought in is no longer yours, alone. It belongs to your spouse, too. And the moment you use joint funds to pay your mortgage, keep the lights on, or invest in improvements, is the moment your spouse suddenly gains an interest in your pre-marriage house.

2. Then Again, Maybe Your Spouse Doesn’t Own a Share 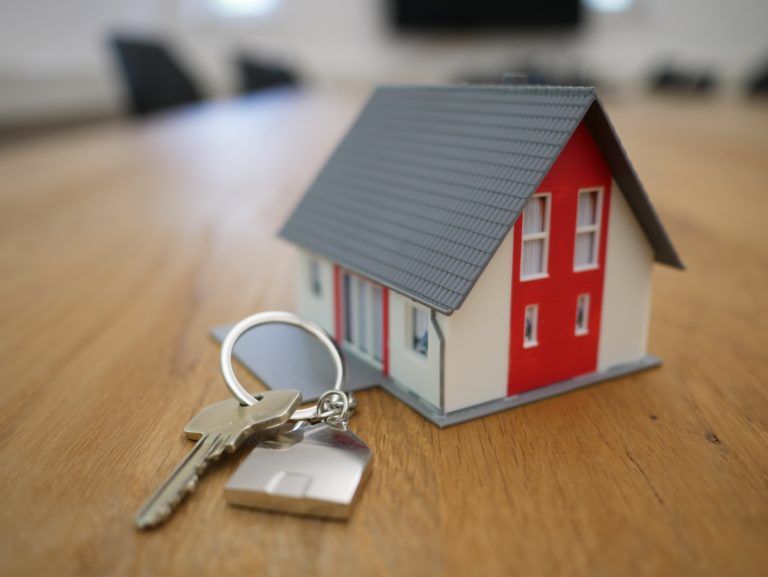 Hey, didn’t we tell you that this wasn’t a hard and fast rule?

While it’s not as common, there are still a few ways that homeowners can walk away with pre-marriage homes, without having to share the value with their spouse once the marriage dissolves. A little foresight and planning is all it takes.

Texas courts heavily favor the concept, “what’s mine is yours,” and intentionally make it difficult for couples to keep property separate, once hitched.

To circumvent these potential mergers, don’t let your house get entangled with marital funds. Instead, make all house-related payments with separate money, which—aside from what you brought into the marriage—could include funds acquired from three other areas.

1) Inheritance. Property acquired through probate remains separate property, even if it was passed to you while married. (Though, naturally, if both you and your spouse were named as beneficiaries, then the inheritance would still be considered joint property.)

2) Gifts. Whether received before or during the marriage, gifts remain the separate property of the indented recipient. These can be given by someone outside the marriage, but can also include presents exchanged between spouses. Furthermore, the asset does not have to be attached to any special holiday or event to be considered a proper gift (though this can sometimes help prove the giver’s intent since items given with the expectation of getting something in return would technically qualify as a transaction, not a gift).

And—because we know someone out there is wondering—yes, “gifts” include engagement rings. Once married, the condition placed on the gift has been fulfilled, and the receiver will retain it as sole property upon divorce.

3) Personal Injury. And finally, funds awarded as a result of personal injury (either by court order or via settlement) will always remain separate, regardless of marital status.

During the throes of everyday life, trying to maintain a house using only separate funds can be difficult. And for those who aren’t married yet, there is a much simpler, failsafe way to ensure you retain your pre-marriage house without encumbrances: put it in writing.

A prenuptial agreement (or “prenup,” as it’s often called), is a pre-marriage contract, which couples can use to dictate things like alimony, wills, and trusts, and—in our specific situation—subvert the standard laws of community property, in the event of any future divorce.

In order to be valid, the Texas Family Code requires that the contract be in writing and signed by both parties in good faith. Any attempts to conceal assets or misconstrue value can potentially invalidate the whole thing later on down the road, so it’s important, to be honest, and upfront the first time around.

Still, if you’re looking for the easiest way to retain sole ownership over your investment post-divorce, it doesn’t get much better than a prenuptial agreement.

3. If You Didn’t Plan Ahead, You’ll Probably Have to Compensate Your Spouse For Their Share of the Value

If you’re like most married couples—the kind who don’t keep clear records, didn’t think of a prenuptial agreement, and generally co-mingle accounts and assets with reckless abandon—then your spouse is likely entitled to a share of your home’s value upon divorce, even if it’s still (technically) separate property.

Community property laws don’t dictate how this value must be repaid. Perhaps you sell the house and give your spouse their share from the proceeds. Maybe you compensate them by taking on a larger share of debt, or by giving them an equally valued asset. In the end, how you achieve this balance isn’t important, just that it is, leaving couples the flexibility to reach an arrangement that best suits their individual needs.

Buying a house is often the biggest investment people ever make, so it can be incredibly frustrating to have your ownership rights threatened by divorce. On the flip side, it’s equally distressing to have your spouse claim sole ownership over the house you’ve both shared for decades.

To strike a fair balance in these situations you need a dedicated, experienced family law attorney to advocate interests, which is why we want to hear from you. If you have questions about how your pre-marriage house might be handled upon divorce, then call us today at (972) 402-6367, or schedule a consultation online, and together, we can insure your home’s value is handled correctly.