When it comes to dividing marital property; courts in the United States all follow one of two schools of thought: 1) community property, or 2) equitable distribution.

Texas is a community property state, which normally means that everything acquired during a marriage is divided equally, upon divorce. However, unlike other community property jurisdictions, Texas applies these rules with an equitable distribution in mind. (Yes, it’s a bit confusing, we know…)

To help you out, here’s what you need to know about community property in Texas, and what role equitable distribution plays in dividing marital property.

Community property and equitable distribution are essentially two sets of rules that are used to divide marital property in the United States.

Most jurisdictions follow equitable distribution guidelines. Texas, however, is one of the nine states that have chosen community property. As you’ll see later on, however, the lines can get a bit blurred, here in the Lone Star State…

Before we get to that, though, here’s a closer look at how community property and equitable distribution differ from one another, and where they are similar.

In a community property jurisdiction, anything acquired after marriage belongs to both spouses equally—regardless of whose name is on the paycheck, deed, loan, or, yes, even that winning lottery ticket. Under these rules, “What’s mine is yours,” until, “Death do us part” (or, until divorce separates you, naturally).

Not only does this include obvious things like cars and the family house, it also encompasses marital debt, retirement accounts,

This jointly owned property is called “community property” or “marital property,” and must be divided between spouses equally, upon divorce. However, if you live in a state that allows for fault-based divorce (ahem, like Texas), then this “equal” split can be adjusted to account for ill deeds, such as adultery and domestic violence. 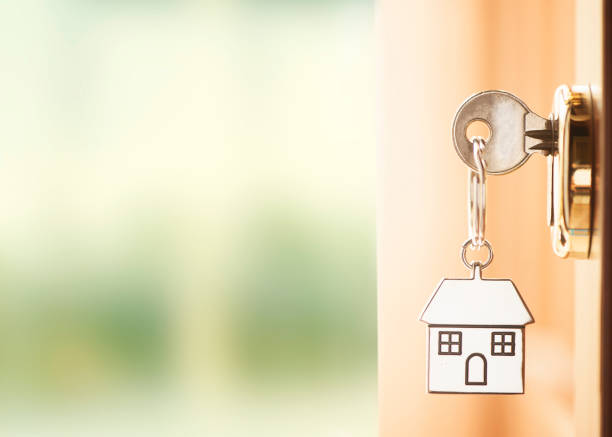 On the other hand, anything you acquired before marriage (and subsequently brought into the union is called “separate property”). Separate property is not included in the equal division of marital property, and gets to leave with its respective owner, upon divorce. (Gifts, inheritances, and awards from a personal injury lawsuit are also considered separate, regardless of when they were received.)

On the other side of the property division coin, is equitable distribution.

The biggest difference between an equitable distribution state, and community property is that in an E.D. jurisdiction, courts are much less concerned about making a fifty-fifty division, as they are about making the split fair (or, “equitable.”)

“But fifty-fifty is fair,” you might be saying. To which we must ask, “Is it… really?”

Unlike a community property state, equitable distribution allows courts to take intrinsic, non-monetary factors into the equation when dividing marital property. These factors vary, according to jurisdiction, but can include anything from how much separate property a person owns, to the tax benefits they receive, to business goodwill, all the way up to the amount of education each spouse has.

And, when you consider how much something like education can impact a person’s income, suddenly the idea of awarding an unequal split in favor of an uneducated spouse seems a lot more reasonable. (Dare we say, “fair”?)

In short, the overarching goal of equitable distribution is to ensure that neither spouse is either penalized or rewarded for getting married and to give each an equal chance of success, post-divorce.

But why does all of this matter in Texas? Aren’t we a community property state?

While community property and equitable distribution have their differences, they actually have more crossover than you might think—particularly in Texas, where the lines can get a bit blurry.

This is because, while Texas might follow community property rules, judges are allowed to consider what is “equitable” in applying those rules. Indeed, the Texas Family Code even requires it, stating that courts are to make “an equitable distribution of community property.”

In this context, “equitable” does not mean “equal.” Instead, it means “fair,” (a lot like the sentiment driving equitable distribution), meaning that Texas courts can make an uneven split of marital property if that’s what it takes to make things fair. This is done by analyzing the independent factors in each case.

Factors That Can Influence a Marital Property Division

When it comes to making an equitable split, some of the factors that courts can consider include:

This list is not exhaustive, and judges are allowed to consider any other facts they think might contribute to the overall fairness of a division.

How Fault Can Impact Equitable Distribution

Marriage means a lot of things to a lot of people, but in the eyes of the law it all boils down to one simple thing: a contract.

It might not be romantic, but marriage is merely the procedural process for uniting two individuals into a single, legal entity. A status that applies to everything from taxes, to property ownership, and even children. Hence, when you get divorced, not only are you breaking off a romantic partnership, you’re also severing a legally binding contract. That’s why some states allow courts to consider fault during this process.

In a “fault-based” divorce, a judge can take a person’s guilt into consideration, and assign financial repercussions, accordingly. These repercussions are generally felt in the division of marital property, and can severely impact how much a “guilty” spouse is able to collect.

Of Texas’s seven grounds for divorce, five are fault-driven, and include:

If your spouse is guilty of any of these things, then you may want to talk to your family law attorney about whether fault divorce is right for you. In some cases, you could stand to gain a much bigger share of marital property.

Whether you’ve only been married for a short time, are engaged in a high net divorce, or simply want to draft a prenuptial agreement to protect your future interests, an experienced family law attorney is critical to ensuring your interests are properly protected during a marital property dispute. That’s why we hope you’ll trust us.

If you have more questions about Texas’s community property laws, and how they’re similar to the rules of equitable distribution, we want to hear from you. Call North Texas Family Lawyers today, at (972) 402-6367, or schedule a consultation online, and together, we can make sure you get the property split you deserve.